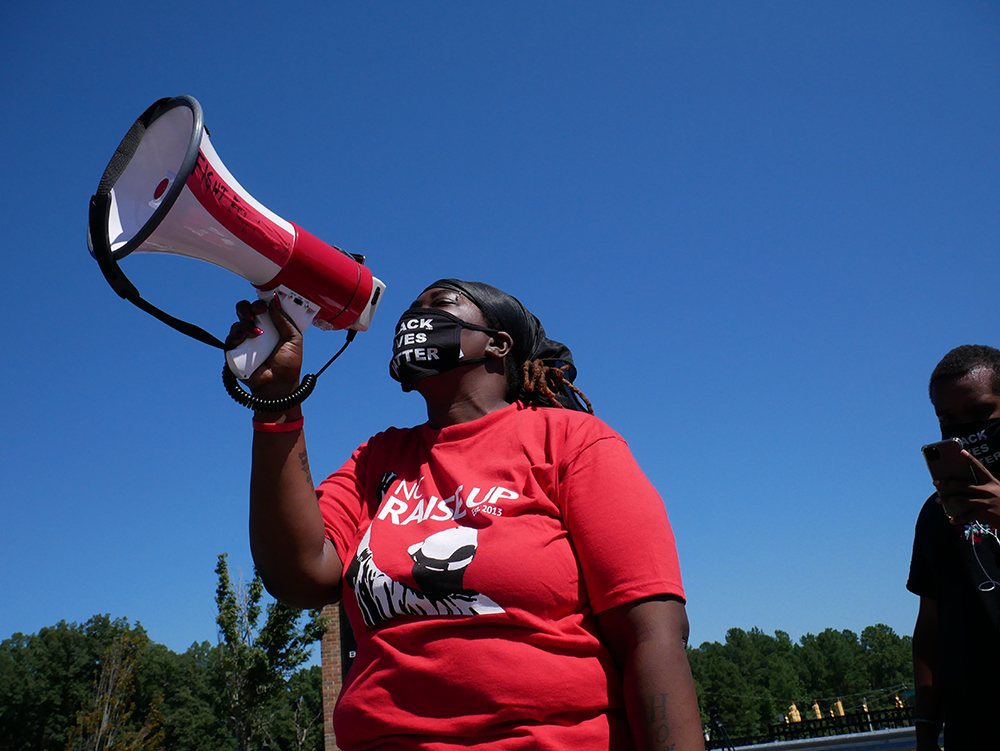 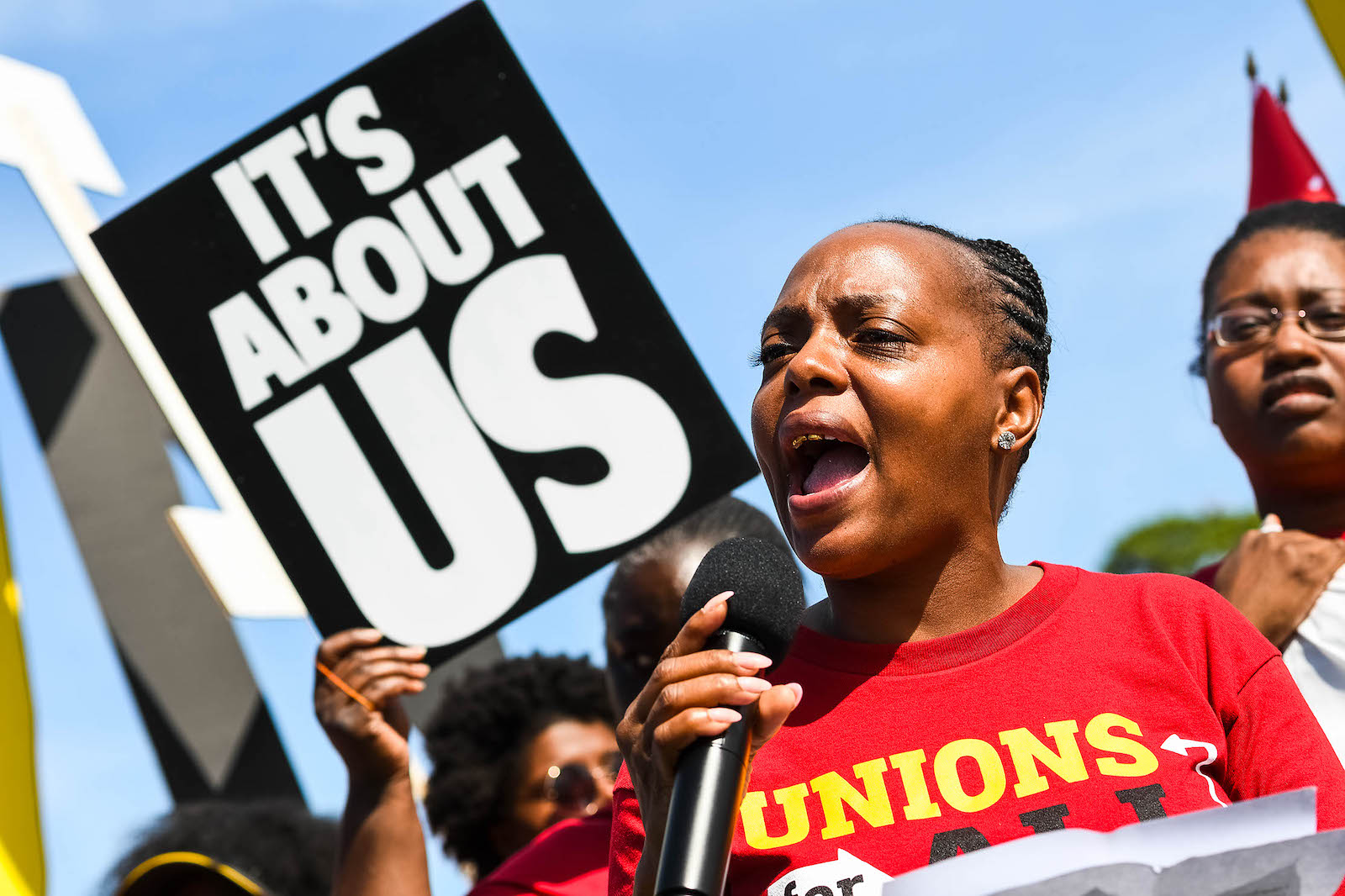 Raise Up the south
Our Leadership

Raise Up gets direction from our Steering Committee—a dedicated group of low wage worker-leaders from the fast food, retail, care and service industries. Our Steering Committee meets weekly. We focus on winning real victories that will impact workers’ lives. 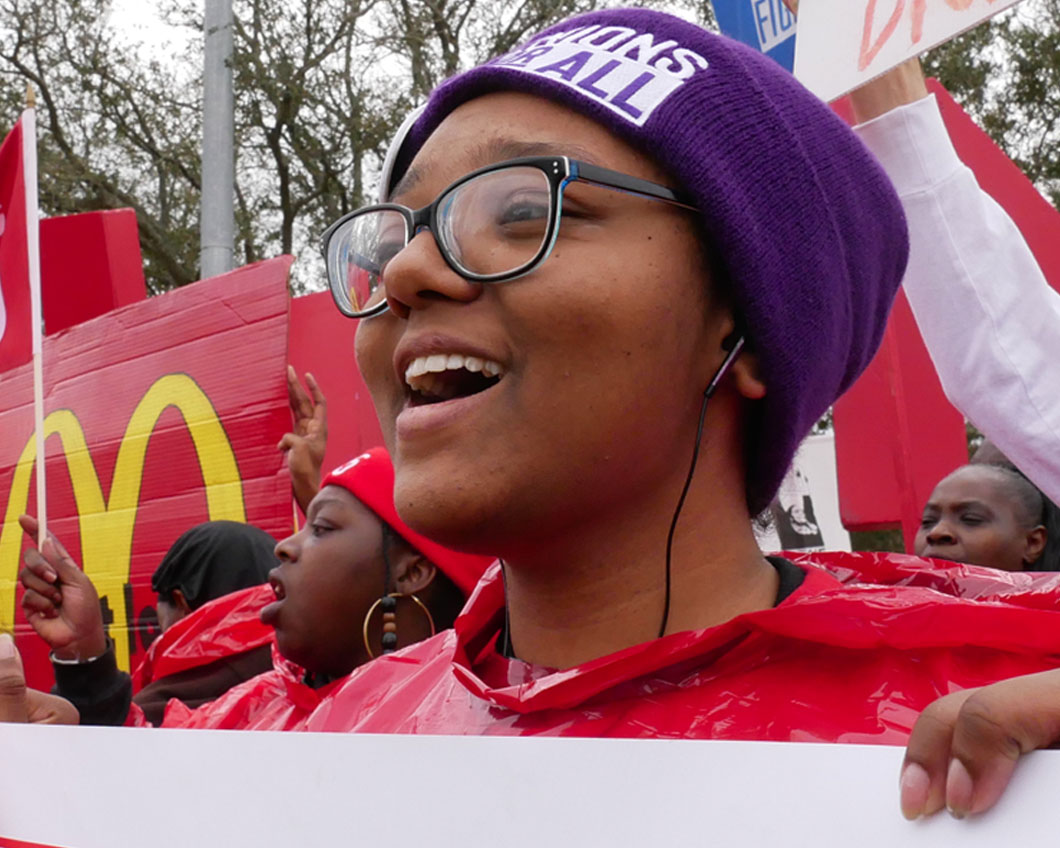 Jamila works at Freddy's Frozen Custard & Steakburgers. She led her coworkers in a safety walkout and shut down their location for a day—eventually winning a better COVID sick leave policy for workers at dozens of Freddy's stores. She joined Raise Up in 2018, and her voice has been getting louder ever since.

“Why am I so focused on unions here in the South? Because poverty and racism are systemic problems that need systemic solutions. We are that solution. Low wage workers of all races coming together as a union—that's the solution.” 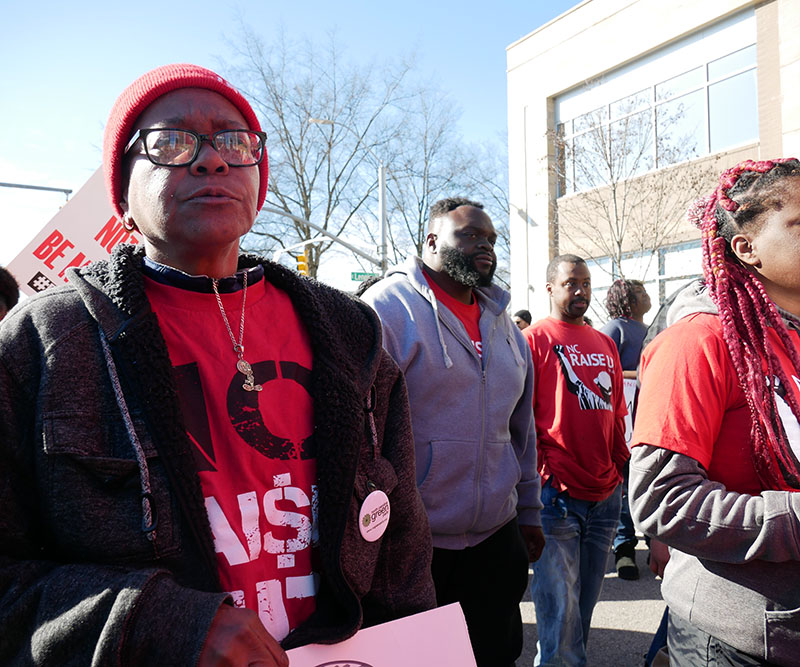 Rita has worked at McDonald's for 10 years and been a part of Raise Up for more than half of that time. She went on strike and spoke to the press repeatedly about the lack of COVID safety protections for workers in her store—winning protective gear for herself and her coworkers. Rita is dedicated to raising wages and building power for all workers in her home state of North Carolina.

“Low wage workers like us have been in crisis for a long time. Before this COVID crisis, we were already speaking up to demand $15/hour, healthcare and union rights. Now our fight is more important than ever.” 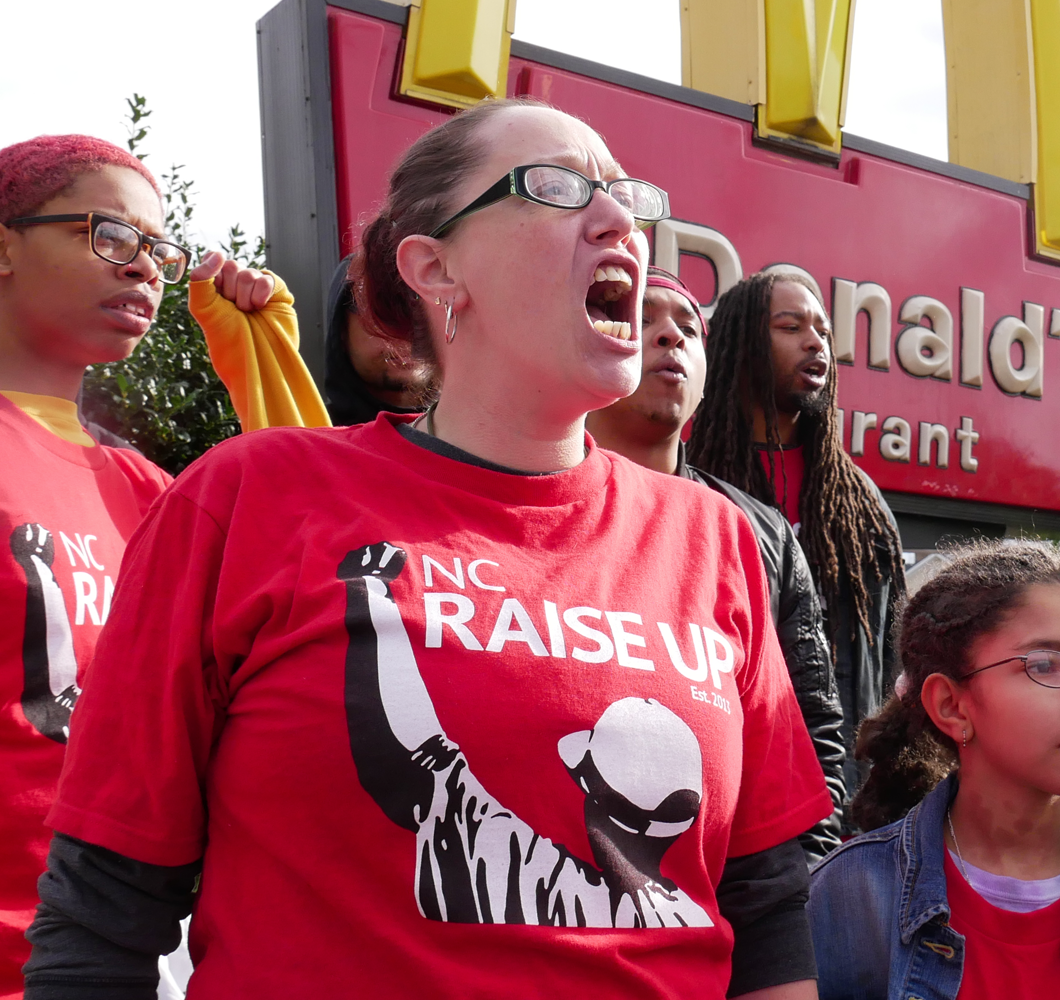 As a Waffle House server, Sara makes $3.10 plus tips. She will tell you “that's a poverty wage!” She joined Raise Up in 2019. Since then she has been on the frontlines of the fight for workers' rights—demanding a $15 minimum wage for all workers, including tipped workers.

“Poverty isn't our fault, there's something wrong with the system. So it's time to put our fears aside and organize, because we are very powerful when we come together.”